Apple TV – A platform for the future of TV 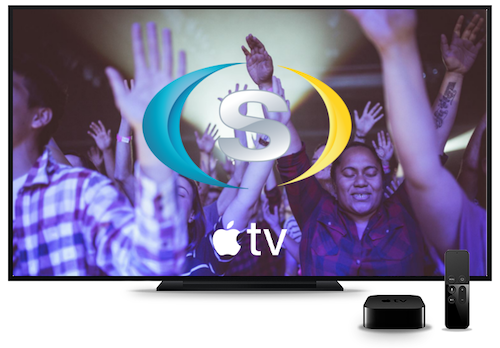 Do you know that you can watch Vision Sweden on an Apple TV? It enables you to stream both live TV, and previous programs whenever you want!

There has been a lot of talk about Apple TV the last few years. But what is it? An Apple TV is plugged into your existing TV, just like a regular VCR  or DVD. But instead of using a cable TV connection, a satellite dish or a DVD, it uses the Internet to display the content. By downloading apps for different channels (such as TV Vision Sweden) you can watch our programs – in addition to better quality than you get from cable TV and satellite! Furthermore, it gives access to a variety of other types of interactive programs and games – for those who want.

But the friend of the order has perhaps noticed that all TVs since the beginning of the 2010 are a so-called Smart TV with apps. Why buy an Apple TV? Because Smart TV’s are wonderful in most ways, almost all modern televisions suffer a problem: the lack of a common platform. THE various TV manufacturers have chosen to use their own system, which means that the program developers need to develop a single app for each individual TV manufacturer, and also often different apps for different TV models. This has made the app offer limited to smart TVs. If We at Vision Sweden would give us the idea of creating an app for every smart TV available in Swedish homes, we would need to develop at least 10 different apps , a tremendous job! Apple TV, by contrast, is a well-proven platform (the mobile phone iPhone based on the same platform has been around since 2007 and had over two million available apps in the year 2017!) that works on every single TV set with an HDMI input, whether it’s a smart TV Or not. The well-proven platform, and the fact of saving an incredible amount of time if you have already made an app for iPhones and Ipads, have made the range of apps so much bigger on Apple TV than on all of the smart TV’s in common. An Apple TV (which currently costs between 1500 to 2500 SEK depending on the model) opens up for great opportunities both for viewers and for us as a TV channel. Here we can deliver the highest picture quality, offer Video On Demand and get better contact with our viewers. Also, it’s incredibly much cheaper to broadcast on Apple TV compared to satellite and cable TV, a not quite unimportant aspect. Overall, we at Vision Sweden do not hesitate to recommend an Apple TV for our viewers!